Today, I am welcoming fellow Decadent Publishing author Lea Bronsen to my blog.  Not only does she have a hot new release, High-Risk Fever, to tell us about, but she’s also agreed to be my first 1-2-3 Author Q&A guest.  So, thank you, Lea!

Lea is answering three questions: on Writing, the Writer, and the Book.

Do you agree with the adage “Write what you know”?

Absolutely not. I’ll write any new idea that comes to mind, no matter how unfamiliar it is. Any perspective, setting, plot, time period, etc. I’ve honestly described a lot of weird things that I’ve never experienced myself! I just try to get into the character’s head and hear his thoughts, feel what he has inside, see the world with his eyes. For example, although having no idea what goes on in a psycho’s mind, I wrote a sadistic rape scene in my debut novel. Then, sometimes my knowledge is so limited, I’ll need to conduct research. When I decided to write male gay sex scenes in High-Risk Fever, obviously there were quite a few practical details I didn’t know, so finding out about these—and no, I won’t tell you how!—was quite… ahem… interesting, lol.

What is your favorite movie?

I’ll never tire of watching the old spaghetti western Once Upon a Time in the West from ‘68 with the quiet, lonely avenger Charles Bronson, the timeless beauty Claudia Cardinale, and the super cool outlaw Jason Robards. This classic movie is larger-than-life, it has soul. I love everything about it, from the grandiose Wild West backdrop, the brilliant casting, the poignant multi-layered story, Sergio Leone’s close-up filming and endless scenes, the sweat, the smells, the heat, the tension…to the epic film score composed by Ennio Morricone (whose name you’ll find in my book, by the way, as a small tribute,) and the haunting harmonica melody!

I see High-Risk Fever takes place in the French Alps, have you ever been?

Yes, I’ve visited several sites in the French Alps, but the small village and bed & breakfast in the book are actually taken from mountains on the other side of France, the Pyrenees. I spent a few days there a few years ago and found both the scenery and the b&b we stayed at so perfectly picturesque, I had to use them as a setting in a story—and so almost every detail in High-Risk Fever is accurate! Except one thing: I didn’t go up to the attic to peep through a hole in the tenants’ roof as the heroine Anne does *laughs* 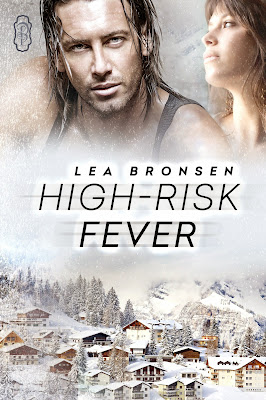 Two young and indecently handsome bicyclists visit a village in the French Alps during the summer holidays. Forced by a raging storm to spend the night at the local bed & breakfast, they invade the quiet lives of hostess Anne and her husband, Brian.

A power outage plunges the foursome into darkness, encouraging new liaisons to form, life-long secrets to be unveiled, and steamy lessons to be learned. But once the storm moves on, can the four find a balance and resume their normal lives?

Breathing deeply to calm her nerves, she approached the unfortunate bicyclist and bent to grab his handlebar.

Surely by pure coincidence, one of his gloved hands landed on hers, curling strong fingers around her small ones and helping her pull until the bike stood upright between them.

Still, even as he stood on his feet, his hand lingered, holding hers firmly on the hard-plastic handle.

Anne looked up into his face, seeing him for the first time. How in the world had she missed such a jewel earlier? Among tanned, Latin features, a pair of black diamonds sparkling with mischief stared back without shame. His long, black locks were swept back in a ponytail, revealing a single golden earring in his left lobe. Large chest muscles heaved beneath a tight, pink spandex shirt, begging to be caressed by a woman’s hand, and black chest hairs peeked from the open collar.

Unable to believe the seductive intensity he exuded, she sucked in a breath and held it while the world narrowed. Her head buzzed. “What?”

“What?” The beautiful bicyclist used the same low tone, his full lips forming a teasing grin inches from her face. He was so near she could smell his hot breath. Intoxicating.

How had he come so close? And how long before her husband noticed?

Thankfully, Brian’s calm, indifferent voice rose behind her, addressing the blond bicyclist. “So you’re looking for a place to stay?”

Anne tugged at her trapped hand and took a demonstrative step back. “Please.”

“Oh.” Feigning surprise, the dark beauty lifted an eyebrow and removed his hand, allowing her to retrieve hers. “Sorry,” he added, rolling a thick R with his tongue, keeping his lips parted a second too long. A move so deliberately naughty, her stomach knotted with need.

As she retreated, he studied her face with a grin, arrogance and amusement gleaming in his dark eyes, before turning his attention to the two other men.

Blood pulsing in her temples, she copied his movement. 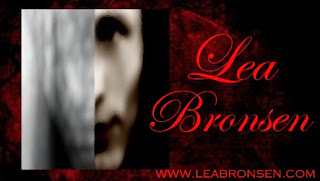 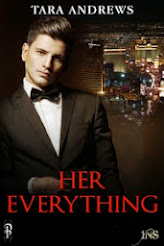 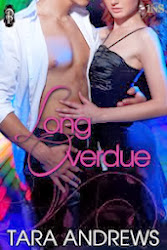 Tara Andrews
Romance addict and new author. I live for reading and writing happy ever afters.